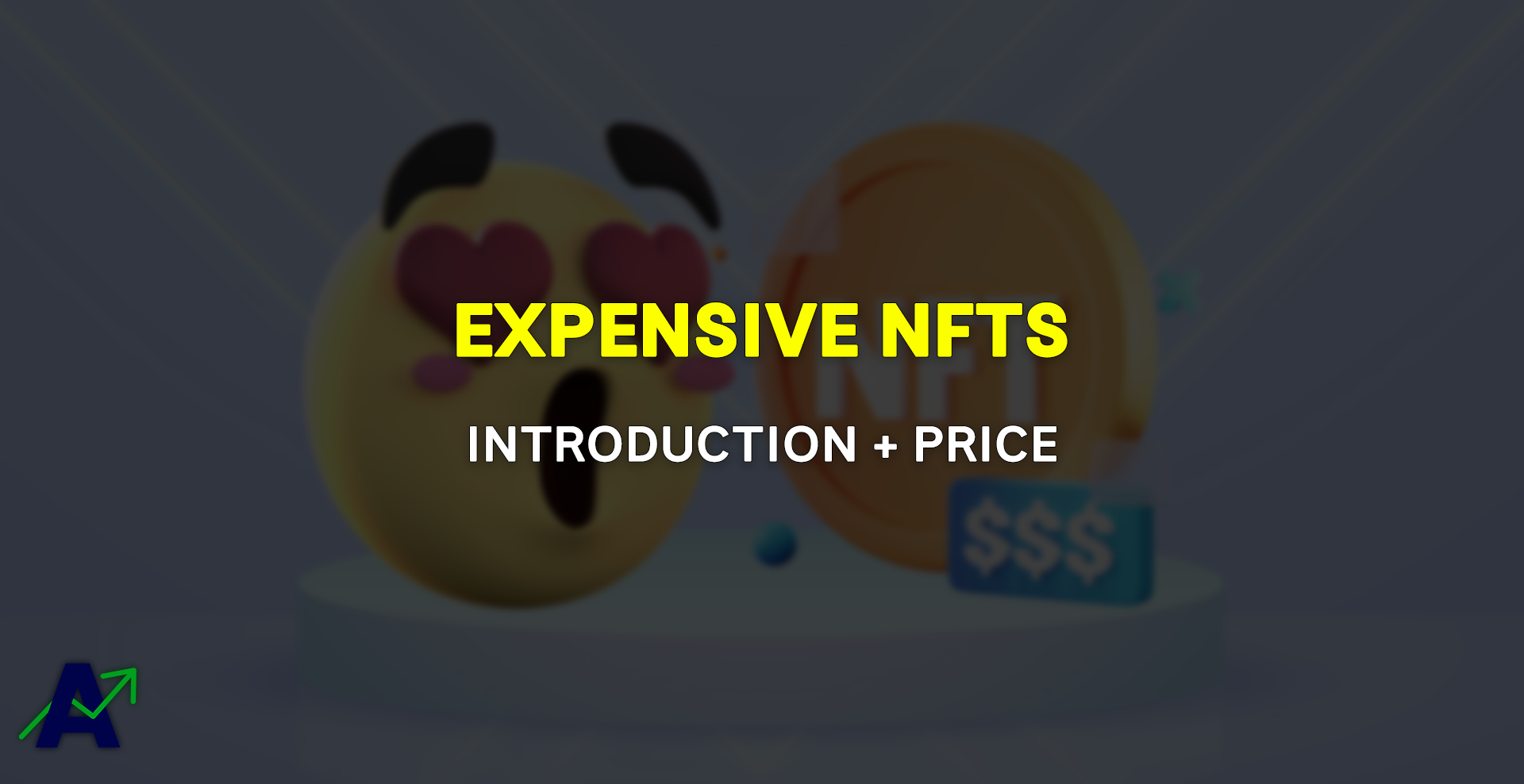 By reading the article “ Most Expensive NFTs Sold Ever” published in Adaas Investment Magazine, you will get acquainted with the Top 5 Expensive NFTs Introduction. This level of familiarity can be enough when you need educational information about this topic.

In mid-2022, along with the downward trend in asset prices in the financial markets due to macroeconomic events such as geopolitical wars, there was an upward trend in demand for NFT tokens as well as the metaverse industry.

Due to the increasing use of NFT tokens in large industries as well as the daily needs of humans, the true value of this technology has become even more prominent, and this has increased the popularity of this new generation of digital assets, some of which Have introduced as just a JPEG picture. This volume of demand has led to unprecedented growth in transactions in the NFT marketplaces such as Opensea and the registration of transactions to buy and sell the most expensive NFT tokens in these markets.

What are the markers of expensive NFTs?

In general, the markers of valuable NFT tokens are common and should be taken into account when buying and selling NFT tokens, which are:

Rarity and uniqueness: This feature affects all assets in all markets and their prices and also plays a very important role in NFT collections. Different tools have been developed for users to measure the rarity of an NFT token, and their use is essential to assess the value of an NFT token.

Application: NFT tokens have different uses, and this is the second priority for determining the value of an NFT token. Some tokens somehow allow the owner to attend certain environments and gatherings, while others can be used as a symbol of support for an event by the owner. Simply put, the use of an NFT token has a direct impact on its price.

Non-Shared Purchase: In the market for buying and selling NFT tokens, it is also possible to buy a digital asset as a group. This feature does not exist for the most expensive NFT tokens and one token belongs to one owner.

Wash Trade: A very important point that should be carefully considered when buying expensive NFT tokens is the lack of Wash Trade transactions in the history of buying and selling an NFT token. This is a little more specialized than the other aspects but it is very important to consider.

Creator or Developer: Obviously, NFT collections introduced by a well-known artist or development team are more valuable than an NFT collection made by an ordinary person.

Infrastructure: Note that sometimes the possibility of transferring NFT tokens in blockchains such as Solana or Ethereum increases the value of that digital asset, as well as tokens that can be transferred in developing blockchains such as Polygon or AVAX, they will have more chances to sell. 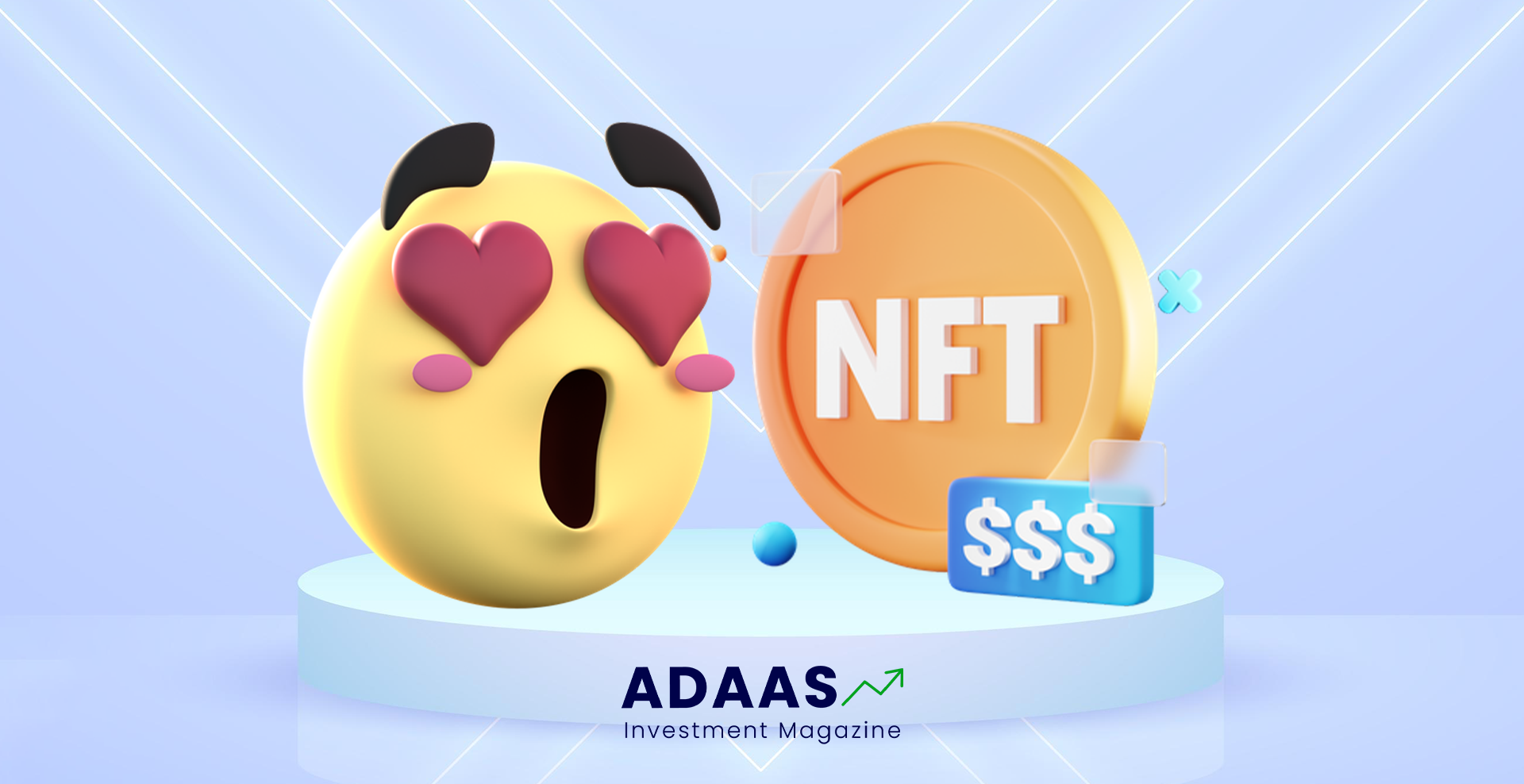 Introducing Most Expensive NFTs Sold Ever

The most valuable NFTs can be a work of art such as a painting or piece of music which its ownership is transferred to one person, or sometimes because of its high price, the purchase is shared and the ownership is divided between several addresses. In Adaas Investment Magazine, we have prepared a list of the 5 most expensive NFT tokens sold for you.

A lesser-known digital artist named “PAK” sold one of the most expensive NFT tokens on the Nifty Gateway marketplace for $91.8 million. The ownership of this art is divided among 28983 collectors into 312686 pieces and it is known as an NFT token.

PAK is known for its development of an artificial intelligence known as the Archillect which is developed to find and share dynamic media files, PAK has used his 20 years of experience in the cryptographic media and digital arts industry.

Mike Winkelmann is a digital art artist also known as the Beeples. He had his biggest sale before selling the NFT The First 5000 Days token for just $100. In 2021, at the Christies auction house, the NFT The First 5000 Days token, a collage or consensus of 5,000 NFT tokens on an NFT token, sold for $69 million to Vignesh Sundaresan and then placed in a metaverse art gallery to show to the public.

Another art by digital artist PAK aimed at freeing WikiLeaks founder Julian Assange, the CLOCK NFT, has sold to more than 10,000 supporters of the movement for $52.7 million and proceeds to the AssangeDAO, which is the campaign’s leader.

This work of art is an NFT token that shows the number of hours Julian Assange is imprisoned and has been marketed as an example of dynamic or live NFT. PAK, the creator of this work, is trying to keep his real name secret in the media so that his main goal, which is to help Julian Assange’s liberation campaign, becomes more prominent.

One of Beeple’s latest works of art, who also created The First 5000 Days, is Beeple’s HUMAN ONE, which sold for $28.985 million at the Christie auction house.

It is a physical sculpture combined with digital art that depicts a spacecraft wandering in different environments, and the creator of this work is trying to make several updates so that this work of art will never become old. The HUMAN ONE sculpture is hailed as the first hybrid work of art to combine physical and digital art, representing a journey that evolves throughout the artist’s life.

The CryptoPunk NFT token collection typically records the most expensive NFT token trading transactions. This collection was created by the development team of Larva Labs in 2017 and contains more than 10,000 NFT tokens and 3,400 owners. Token #5822 from the CryptoPunk collection, which uses the “Alien” style to design, sold for $23.7 million on February 12, 2020.

Summary | The upward trend in the value of NFT tokens

As mentioned earlier, due to the increasing use of NFT tokens in various industries, the possibility of an upward price trend for this category of digital assets increases.

This price increase is due to the increasing demand for buying and selling NFT tokens among traders and investors in the digital asset market, and positive forecasts have been issued for the future of the industry, which has made public opinion more prepared to accept the value of NFT.

At Adaas Capital, we hope that by reading this article you will be fully immersed in Most Expensive NFTs Sold Ever. You can help us improve by sharing this article which is published in Adaas Investment Magazine and help optimize this article by submitting your comments.

What are the top 5 expensive NFTs?

Will the NFTs price increase?

Due to the increasing use of NFT tokens in various industries, the possibility of an upward price trend for this category of digital assets increases.

+10 Ways to Profit From The Metaverse

How to Create NFT Art and Sell it.

Can NFTs be Copied? Technical Review!

+10 Ways to Profit From The Metaverse

How to Create NFT Art and Sell it.

Can NFTs be Copied? Technical Review!