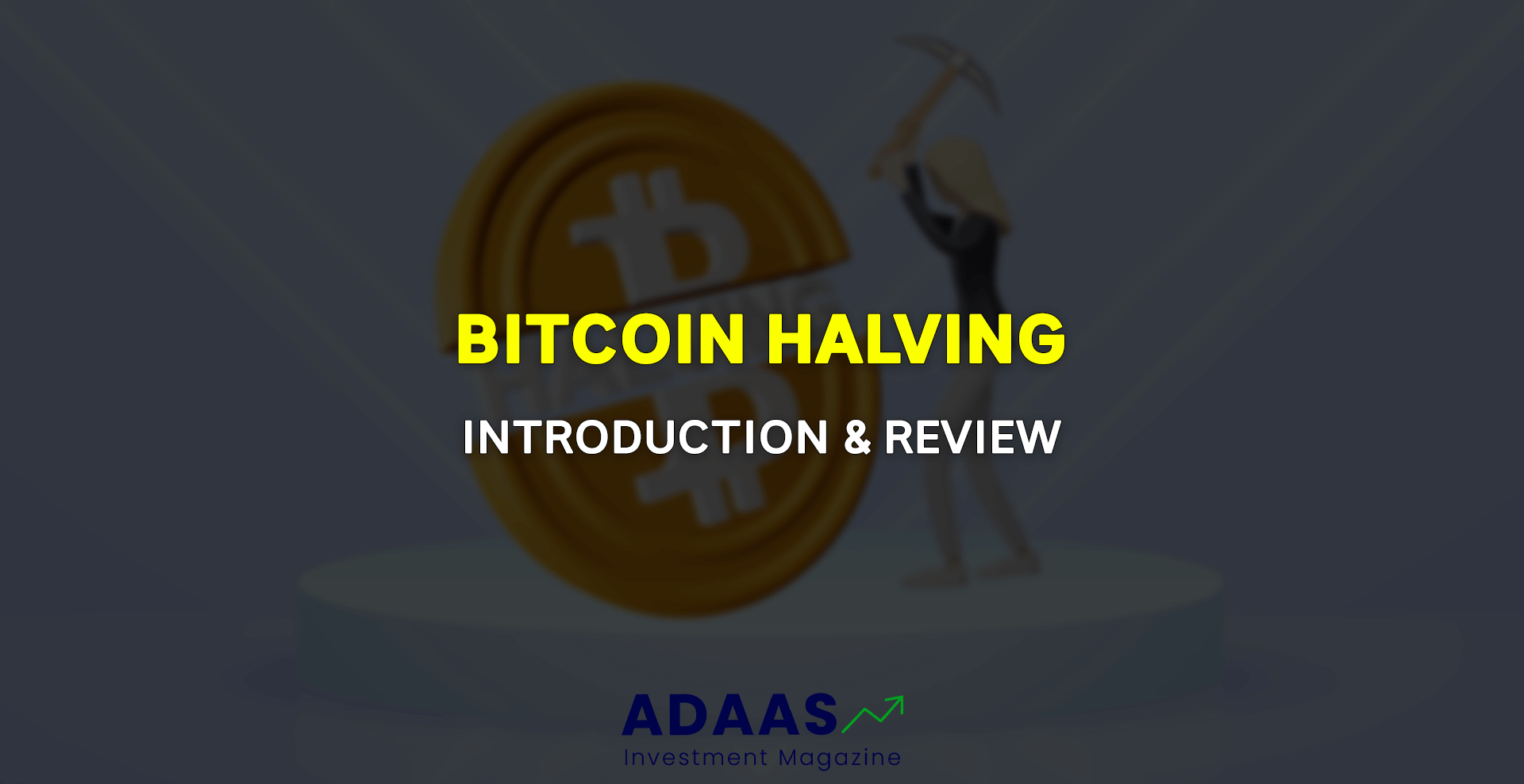 What is Bitcoin Halving and Why Is it Important?

By reading the article “What is Bitcoin Halving” published in Adaas Investment Magazine, you will be fully familiar with the halving of Bitcoin and the reasons for its importance! This level of familiarity can be enough when you need educational information about this topic.

The world of cryptocurrency is filled with weird terms and concepts that can be challenging to understand. One of the most complex aspects of blockchain technology is mining, which is the process used to verify transactions on a network. Each cryptocurrency has its own set of rules regarding how the network operates and what incentivizes users to operate fairly. Bitcoin is no exception — in fact, it’s one of the most unique cryptocurrencies out there. Understanding how its mining system works and how the Bitcoin halving affects miners helps you get a better grasp on its currency. Let’s take a look at what exactly the Bitcoin halving is and why it matters. 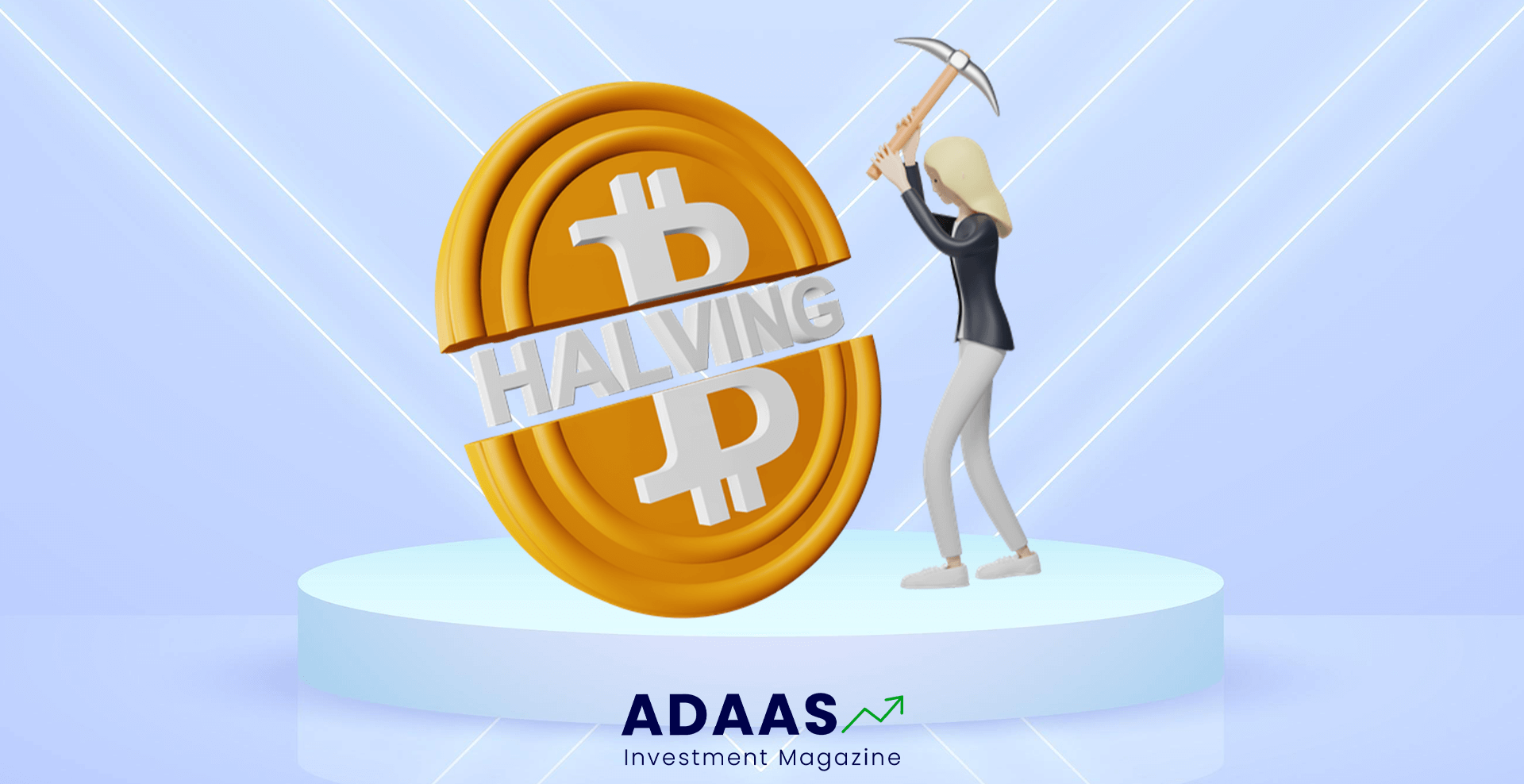 What is Bitcoin Halving?

A halving is the process by which the rate at which new Bitcoin is issued is cut in half. In this instance, the term “Issue” pertains to Bitcoin mining and is only used to differentiate between the creation and circulation of new coins. In order to understand Bitcoin halving, you first need to know how Bitcoin is created.

Bitcoin is created through a process called mining, where computers are rewarded for solving complex algorithms. The goal of mining is to create new blocks of transactions to add to the blockchain and secure the network by making sure there are no fraudulent activities. The halving occurs when the mining reward or block reward gets cut in half. For Bitcoin, this happens every four years as scheduled by the currency’s protocol. The next halving is expected to occur in May 2024.

How Does Bitcoin Halving Work?

Block rewards are a fixed and predetermined amount that miners receive for their work. This award is paid by the network in the form of newly-generated coins. For example, let’s take a look at the Bitcoin halving. When a block is confirmed, miners are awarded 12.5 Bitcoin. This number halves every time there is a halving event. The first halving occurred in 2012 when the original Bitcoin protocol was created. At this time, the block reward was 50 Bitcoin. The second halving took place in 2016 and reduced the reward to 12.5 Bitcoin. The final Bitcoin halving will occur in 2024, when the reward will drop to 3.125 Bitcoin.

When Is the Next Bitcoin Halving?

The next Bitcoin halving is expected to occur in May 2024. At this time, the block reward will be cut in half, reducing it from 6.25 Bitcoin to 3.125 Bitcoin. The first Bitcoin halving occurred in 2012, with the second halving following in 2016. The final Bitcoin halving is expected in 2024. Up until now, halving events have not affected the price of Bitcoin or its overall demand. However, the next halving event could have a significant impact on the cryptocurrency’s price, depending on the state of the market.

Why Does the Bitcoin Halving Matter?

The Bitcoin halving is one of the most interesting aspects of its network. Although halvings affect the block rewards miners earn, they don’t affect the supply of Bitcoin in circulation. In fact, the number of Bitcoin in circulation is expected to increase as the halving events occur. The halving events are a part of the original design of the Bitcoin blockchain. They’re used to regulate the issuance of new coins and prevent inflation from occurring.

As previously mentioned, the block reward gets cut in half when a halving event occurs. Since the Bitcoin protocol controls the rate at which new coins are created, it keeps inflation under control. Inflation occurs when the supply of goods exceeds the demand, causing the prices to rise. Even though a halving event will reduce the amount of new coins miners are awarded, it doesn’t cause a reduction in the supply of Bitcoin in circulation. This is because the number of coins in circulation is increased by the mining process, even without a block reward.

How to Profit from a Bitcoin Halving

The best way to profit from a halving event is by investing in the cryptocurrency before it happens. For example, Bitcoin was trading at less than $10,000 at the time of its second halving event. It then experienced a massive surge in price and reached a high of nearly $20,000 by the end of 2017. As the next halving event approaches, the price of Bitcoin is expected to rise significantly.

This is partly due to the fact that mining becomes more difficult and less profitable with each halving event. With fewer miners operating on the network, there are fewer transactions being confirmed each second. This has the potential to slow down the entire network. The other reason the price of Bitcoin is expected to rise after the next halving event is due to the supply and demand dynamic. Since the reward for mining gets cut in half, miners are less likely to profit from their activities. Since fewer miners are operating on the network, there will be fewer transactions being verified on a daily basis. This has the potential to cause transaction fees to rise, which could lead to higher costs for consumers.

The Bitcoin halving is an interesting aspect of the network that many people aren’t familiar with. Halving events occur every four years and affect the block rewards miners earn. While they don’t affect the supply of Bitcoin in circulation, they have the potential to significantly impact the price of the cryptocurrency. Since the supply of new coins gets cut in half, fewer miners are expected to profit from their activities.

At Adaas Capital, we hope that by reading this article you will be fully immersed in What is Bitcoin Halving and Why Is it Important! You can help us improve by sharing this post which is published in Adaas Investment Magazine and help optimize it by submitting your comments.

When is the final halving for Bitcoin?

The final Bitcoin halving will occur in 2024 when the reward will drop to 3.125 Bitcoin.

What is the goal of Bitcoin mining?

The goal of mining is to create new blocks of transactions to add to the blockchain and secure the network by making sure there are no fraudulent activities.