By reading the article “Nvidia Metaverse” published in Adaas Investment Magazine, you will get acquainted with the review of Nvidia Investment in the Metaverse industry in general. This level of familiarity can be enough when you need educational information about this topic.

After publishing the news of Facebook changing its name to Meta, the Metaverse industry has become a competition between large companies in the technology field. New competitors are joining in very short intervals, and make the competition more difficult for other members of this ecosystem to develop products and achieve market share.

Nvidia, one of the most influential players in the technology industry, which has achieved great fame with its products such as graphics cards and microprocessors, has also announced its official entry into the Metaverse industry. In the following, we will review Nvidia’s Metaverse and invest in the Metaverse industry from the perspective of Nvidia. 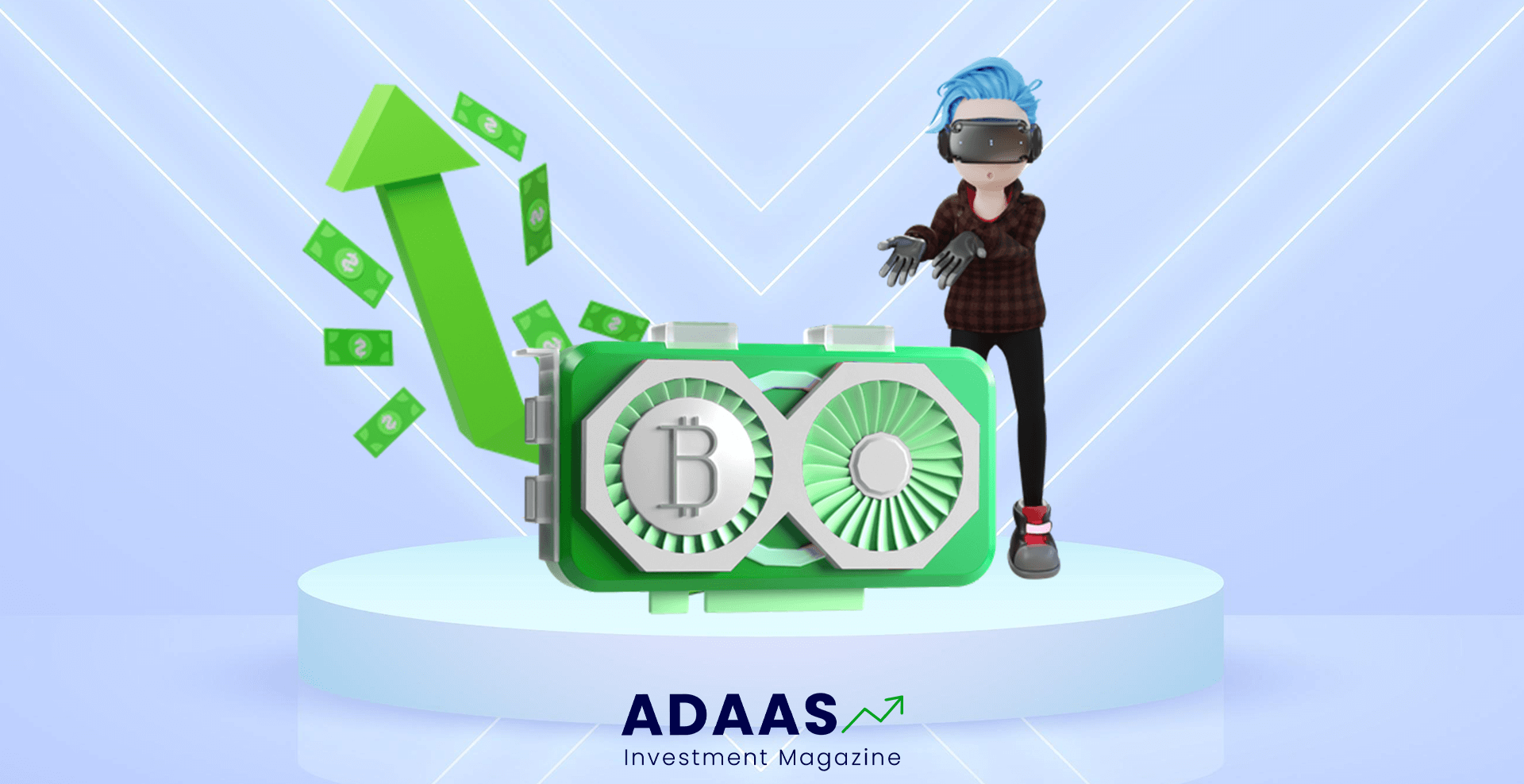 What is The Metaverse?

The definition of the Metaverse has always been different by various sources, but the common denominator of all these definitions is the next generation of the Internet, which has new features such as a 3D environment and the ability to create and edit new virtual worlds.

The Metaverse technology enables people to gather for business purposes such as business meetings or entertainment purposes such as concerts and art exhibitions, without physical limitations and at a low cost.

One of the biggest ideals of Metaverse technology is to build a new Internet network that is also decentralized, but due to the monopoly created in the world of technology, as expected, leading companies such as Microsoft and Meta (formerly Facebook), achieved greatness in the development of this technology.

Metaverse has become the center of attention for software development and investment companies. Considering the effects of metaverse on various aspects of human life, many companies are struggling to get their share of the metaverse market and its future. One of the biggest players in this game is the Nvidia company, which we have introduced to you in the following, and then we have examined its viewpoint on investing in Metaverse.

A brief introduction to Nvidia

In 1993, Mr. Jen-Hsun Huang founded Nvidia in the United States. He was able to be the founder of a company that is currently known as one of the giants in the design and manufacture of graphic processors and has taken over a large share of this market.

The products that Nvidia officially markets include wireless communication processors, computer chips, and finally, the most popular product of this company are chips and graphics processors. In a more general view, this company operates in three industries: computing, graphics, and cloud systems.

The development process of Nvidia company after signing a contract to cooperate in the development of Microsoft’s XBOX product made significant progress so that Nvidia bought companies such as Exluna, MediaQ, iReady, and iSCSI in the years 2002 to 2004.

In recent years, focusing on the artificial intelligence industry, Nvidia has been able to develop processors that are the first priority for developers of artificial intelligence and machine learning applications. They have been so successful in this way that the Tesla car company cooperates with Nvidia and uses their products to build its smart cars.

Nvidia can be introduced as one of the most important and influential companies in the development process of graphical environments. With the software and hardware developed by Nvidia, we have experienced great leaps in major industries such as games and movies. In the following, we have reviewed Nvidia’s view on investing in the Metaverse industry for you, so that we can understand the position of this technology giant in this direction.

Nvidia has always been one of the leaders in the development of new technologies such as virtual reality and augmented reality. In its history, this company has always been interested in investing in new areas related to its business, and in the meantime, the Metaverse industry has been able to attract enough attention of this company.

NVIDIA and Siemens share a common vision of investing in the Metaverse industry. Nvidia by developing one of the most powerful 3D environment design and simulation software called Omniverse and Siemens by developing the Xcelerator platform are trying to build an application based on cloud computing for Metaverse.

The main goal of these two companies is to develop a virtual environment to maximize the realistic simulation of designs in metaverse environments, and they have introduced their field of activity as the industrial metaverse. This name refers directly to the use of the joint product of these two companies. For example, removing the physical prototype of cars by Metaverse Nvidia and Siemens is one of the applications of this industrial Metaverse product.

Siemens company, which has always been active in the industrialization of software, from its experience in the field of virtualization of industrial affairs, with the help of Nvidia’s Omniverse software, will offer a unique and very practical product to the market. While Facebook’s Metaverse is focused on developing social environments such as Horizon Worlds, Siemens and Nvidia’s focus is on investing in the industrial application of Metaverse technology.

In the Siemens and Nvidia Metaverse, artificial intelligence and machine learning technology are used to bring virtual industrial automation processes closer to reality. The power of Siemens in the industrialization of software, as well as the ability of Nvidia in the field of computing and artificial intelligence, will result in a very powerful product as a result of the cooperation of these two commercial giants.

In this article, we learned about Nvidia and Metaverse technology. In the not-so-distant future, metaverse technology will have a direct impact on all aspects of human life, such as education or jobs. While many people know Metaverse technology as limited to artists’ concerts or 3D games, great products are being developed as a result of the activities of many companies.

Nvidia has always had successful experiences and products in the history of its cooperation with other companies. In 2022, this company is about to release its joint product with Siemens to the market. Industrial metaverse is a term that can make a direct and comprehensive reference to the nature of this product in the simplest definition.

Nvidia is not limited to investing only in this product and is providing infrastructure services to Metaverse products of other companies. In this way, Nvidia’s investment in Metaverse has been divided into different companies and products, and it can be expected that in the future, very big news will be published about the influence of Nvidia in the Metaverse industry.

At Adaas Capital, we hope that by reading this article you will be fully immersed in Nvidia’s investment in Metaverse. You can help us improve by sharing this post which is published in Adaas Investment Magazine and help optimize it by submitting your comments.

What is the point of view of Nvidia about investing in the metaverse?

Nvidia has always been one of the leaders in the development of new technologies and the Metaverse industry has been able to attract enough attention of this company.

What is Nvidia’s Metaverse?

Nvidia’s investment in Metaverse has been divided into different companies and products such as its cooperation with Siemens on the industrial metaverse.