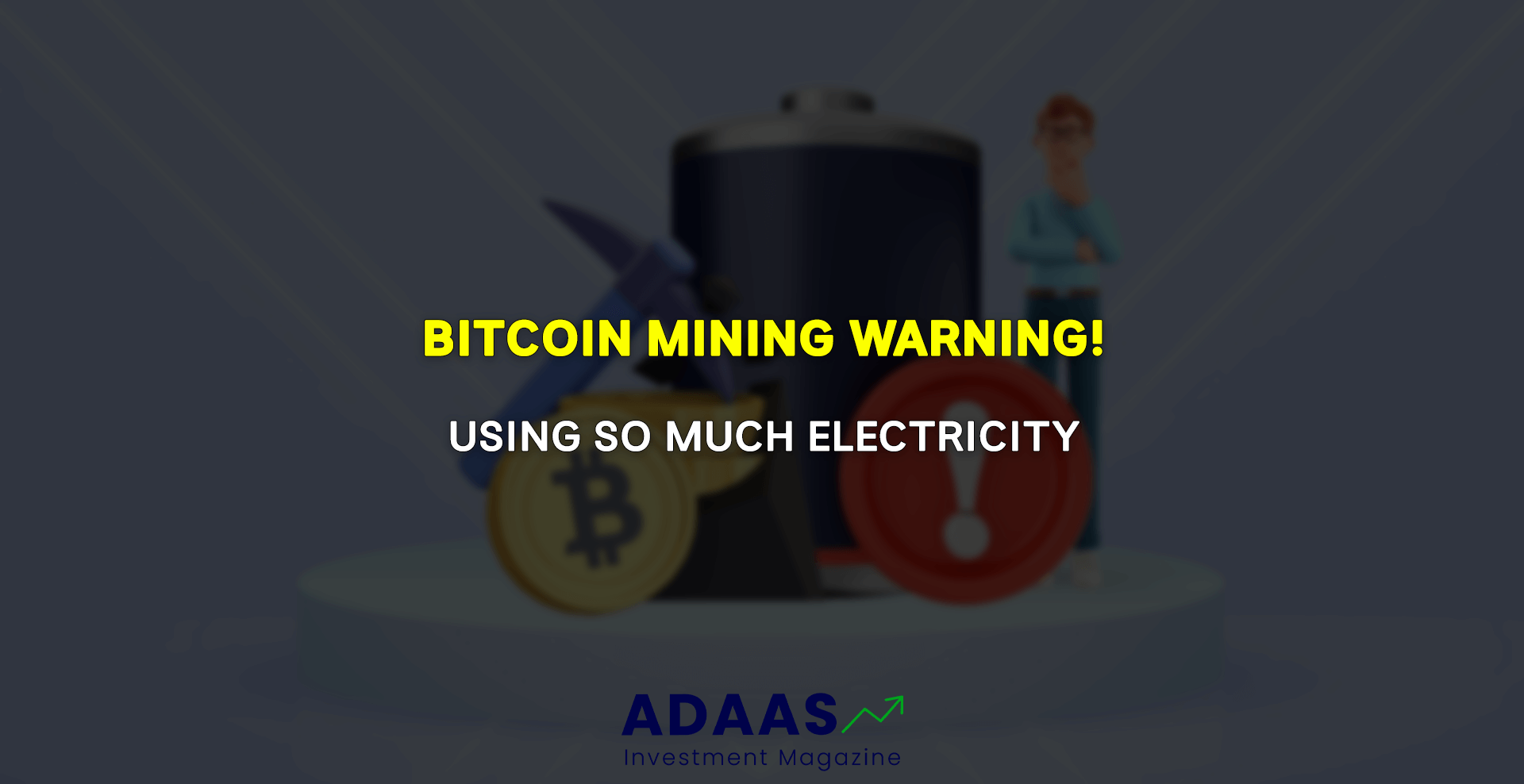 Bitcoin Mining Energy Intensive: Why Does it Use so Much Electricity?

By reading the article “Bitcoin Mining Energy Intensive” published in Adaas Investment Magazine, you will be fully familiar with the answer to the question “Why Does it Use so Much Electricity?”! This level of familiarity can be enough when you need educational information about this topic.

You’ve probably heard about Bitcoin mining and the energy-intensive process that it requires. If you’re not an expert on cryptocurrency or Blockchain technology, then you might be wondering why exactly it requires so much energy to operate, and what makes it different from other forms of money in the world. In this article, we’re going to look at how Bitcoin mining works, why it uses so much electricity, and whether or not you think the benefits outweigh the costs. 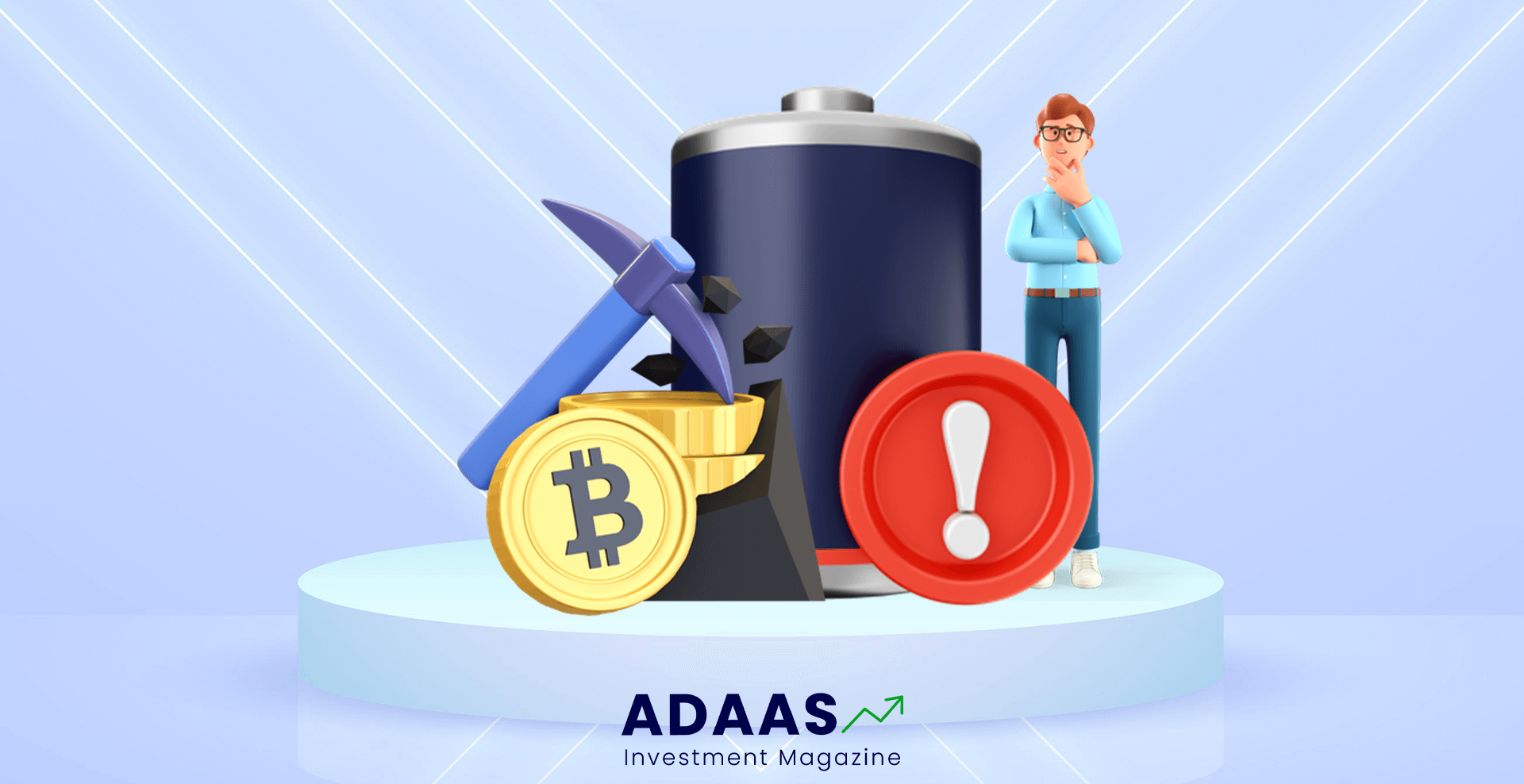 How energy-intensive is Bitcoin mining?

That depends on a lot of factors, including whether you’re using specialized ASIC miners or older, more efficient machines like desktops with integrated graphics cards. If you’re using chips specifically designed to do Bitcoin mining (such as AntMiner S9s), they can use anywhere from 1-7 gigawatts per second (GW/s) of electricity.

That translates to around 3-20 megajoules per Gigahash for ASIC miners; 20 million joules equals 1 kilowatt-hour. But when you use desktops with GPUs, your energy use is higher because these machines aren’t made for mining and are less efficient at converting power into hashes.

A brief introduction to the bitcoin mining process

Through mining, bitcoin miners generate new bitcoin. Without miners, bitcoin would be vulnerable and easy to attack. Miners get paid for their effort by earning bitcoin, which is how new currency is added to the total system afloat. As time goes on, though, a growing amount of processing power — electricity — is needed to mine additional bitcoins.

The Bitcoin mining process is basically a series of computations that are used to verify transactions, create new Bitcoins, and participate in the network. Bitcoin miners use special software and hardware to solve complex mathematical problems. When they solve the problem, they get a reward in the form of a new Bitcoin.

The network is designed in a way that the process of mining Bitcoins gets more difficult over time. This is done to keep the supply of Bitcoins consistent and to prevent the inflation. Bitcoin mining is a complex process that requires a large amount of electricity, time, and investment. Mining hardware and software are specially designed to solve complex mathematical puzzles and help miners earn Bitcoins.

Many people are under the impression that Bitcoin mining is CPU intensive. Yes, Bitcoin mining does use your computer’s processor (CPU), but there are many other components of a computer that can be utilized when mining for cryptocurrency.

In fact, most CPUs have multiple cores and threads which could be used to mine more efficiently and effectively if you had those specific applications installed on your computer, like NiceHash Miner for example. So yes, Bitcoin mining does utilize some processing power on your computer, but not nearly as much as you might think.

When you’re first starting out in cryptocurrency, sometimes you have no idea where to begin. You could buy some bitcoin and hope for a price increase but that’s a high-risk gamble (and it’s also investing not mining).

Or you could invest in mining equipment that runs 24/7. That’s a more reliable long-term strategy, but even those can be difficult to get off the ground. Those who want to mine cryptocurrencies like bitcoin are faced with two options—they can either mine on their own or they can go through an organization called cloud mining.

To understand why mining is so intensive, let’s start with a general explanation of how Bitcoin works. At its core, a single transaction consists of a sender and a receiver, and it can contain up to nine other transactions (called inputs) from prior transactions.

Miners gather all these inputs together in blocks (which can be as large as 1 MB) to create unique cryptographic signatures. These signatures are extremely difficult to reproduce because they rely on random chance for their generation—one reason why you can be confident that no one has forged your transaction.

Bitcoin miners are people who use special software and hardware to solve mathematical problems. When they solve a problem, they earn a certain number of Bitcoins. This provides a method of tracking transactions and creating new Bitcoins at the same time. There are two main ways to earn Bitcoins. You can either mine them or buy them.

Pros and cons of starting a Bitcoin mining business

Mining is one of the most profitable businesses in the world right now, and a great number of entrepreneurs are entering this industry. However, the competition is intense, and you may have to do a lot of research to become successful.

Pros: The mining business has high-profit margins for companies and individuals due to the increasing popularity of cryptocurrencies. Depending on your mining strategy, you could earn thousands of dollars every month from mining to cover your ongoing expenses and make a profit.

Cons: Mining is not easy and can be quite expensive. It is not something you can start from scratch. You need to buy the proper hardware and software, set up the server, and hire an expert team to manage your operations.

There are a few requirements to start Bitcoin mining and earn profit. First, you need to decide which mining strategy you want to use. You can either mine solo or join a mining pool. You will also need to decide the type of mining hardware, software, and hosting services you want to use. It is important to choose the right configuration and services from reputed vendors.

Once you have decided everything, you will have to estimate the cost of mining and set a mining budget. The mining budget depends on the cost of setting up the mining hardware and the price of electricity in your area. You will also have to consider the maintenance cost of the mining equipment.

In this article, we have tried to explain everything about Bitcoin mining and how Bitcoin miners contribute to the network. Mining is a complex process that requires a large amount of electricity, time, and investment. It is not easy to start mining but if you’re able to invest in the right hardware, software, and services, it can be profitable. We hope that you have gained valuable insights about mining and are now ready to start your own mining business.

At Adaas Capital, we hope that by reading this article you will be fully immersed in why Bitcoin Mining is Energy Intensive! You can help us improve by sharing this post which is published in Adaas Investment Magazine and help optimize it by submitting your comments.

Yes, Bitcoin mining does utilize some processing power on your computer, but not nearly as much as you might think.

What are the requirements for Bitcoin Mining?

Bitcoin mining is a complex process that requires a large amount of electricity, time, and investment.