By reading the article “What Is Lightning Network” published in Adaas Investment Magazine, you will get acquainted with the Is Lightning Network and how to use bitcoin lightning network in general. This level of familiarity can be enough when you need educational information about this topic.

What is the Bitcoin lightning network?

Many users of Bitcoin cryptocurrency do not enjoy features such as very fast transaction speeds and low fees compared to centralized competitors such as Visa or PayPal. For Bitcoin, which has been developed for the purpose of peer-to-peer payment, problems such as scalability and high transaction costs can be a good opportunity for blockchain-based projects such as Bitcoin Lightning technology.

Bitcoin users usually have to wait between 7 and 10 minutes to confirm each transaction, and the fee also varies depending on the total number of network transactions. But with Bitcoin Lightning technology, users experience almost instantaneous transactions with very low fees. This technology has made Bitcoin suitable for users’ paid retail transactions. 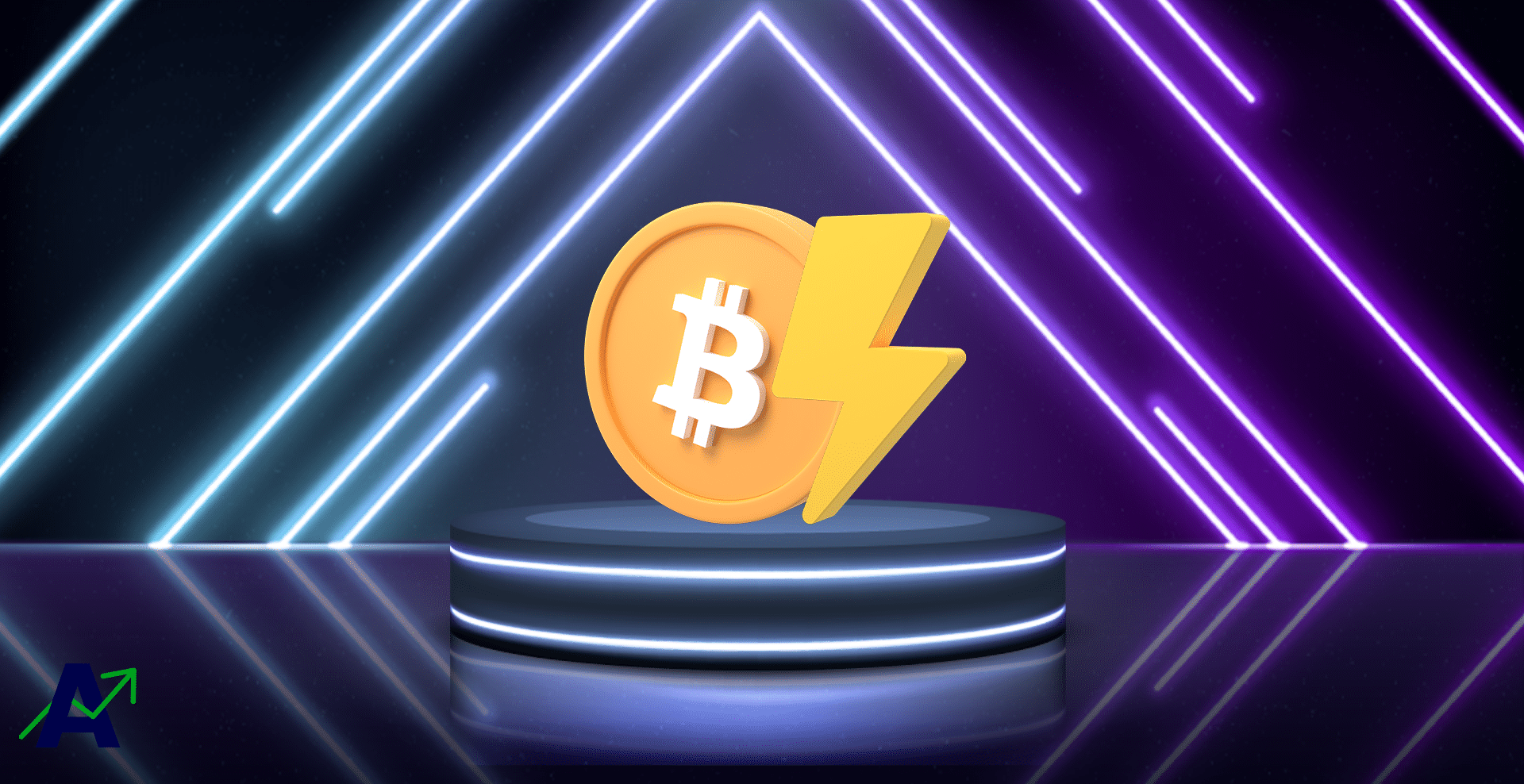 How does Bitcoin Lightning work?

As mentioned, the Bitcoin Lightning Network is a second-layer solution. In layer two solutions for blockchains, transactions are processed outside the main network and then entered into the main blockchain for registration and approval.

After an agreed period of time between the two users who are receiving and sending transactions in the channel, the channel is closed and all transactions are recorded by one transaction in the main bitcoin network.

When creating a channel, two users must lock an amount of bitcoin, for example, half a bitcoin per person in the Lightning channel to secure the amount of transactions from that source.

For example, I am a purchasing manager for your restaurant and I agree with you that the payment will be made by Bitcoin on the Lightning Network. First, you lock half a bitcoin and I lock 0.02 bitcoins to create a channel. After a while, due to your purchases from me, you transfer all of your bitcoins to me and I have 0.52 bitcoins in the created channel.

When creating a channel, an agreed time period for closing the channel is also specified, which in this example closes every 30 days. At the end of the 30th day, the created channel is closed and a transaction is registered in the main bitcoin network, which sends 0.52 bitcoins to my address where I received the transaction.

Like any other technology, Lightning Network has advantages and disadvantages, the most important of which are mentioned below, so that by studying it, you can make your decisions to use or not to use this technology with full awareness.

Learn how to use Bitcoin Lightning

Phoenix Wallet is one of the easiest wallets to use for Bitcoin Lightning technology. This wallet has been developed in both Android and iOS operating systems and its use is free. One of the most important features of this wallet is non-custody and lack of control over its users’ assets.

One thing to keep in mind when working with this wallet is the cost it takes to create a channel. This cost is to simplify the process of creating a node with an interface from the platform.

The first step – the installation of the wallet

First, download the application according to your mobile operating system from the main website of this wallet and then install it.

After installation, enter the application and select the Create new wallet option. Then, through the settings option at the bottom left, select the Recovery phrase option and then the Display seed to receive the recovery phrases.

To define the invoice on the main page, select the Receive option. On the opened page, we edit the default invoice through the specified button.

In the Edit payment request section, in the first field, we enter the amount we want to receive in the Satoshi unit. As we all know, every bitcoin is made up of one hundred million Satoshi units. After saving your edit, the created address will be edited and the sender will be obliged to pay your invoice according to the amount you have set.

To send a transaction under the Bitcoin Lightning network, you only need one invoice to send. On the Home screen, select Send and scan the invoice barcode for payment.

Also, the transfer fee under the Bitcoin Lightning network is not fixed and is minimized according to an algorithm within the software. Nodes specify different conditions for service delivery, and this algorithm selects the best nodes with the lowest cost for the user.

Transfer bitcoins from the main network to the Lightning network

If you want to transfer bitcoins from the main chain to the Bitcoin Lightning Network, select Show a Bitcoin address from the Receive section and send bitcoins to this address.

Transfer bitcoins from the Lightning network to the main network

After performing transactions under the Bitcoin Lightning Network, users who intend to transfer bitcoins to the main bitcoin chain must enter the main network bitcoin address through the Send section. Also, keep in mind that the minimum transfer amount is 10,000 Satoshi and the fee varies depending on the network conditions.

In the Bitcoin Lightning network, the created channels have restrictions on receiving and sending bitcoins. A notable feature of the Phoenix wallet is the view of the created channel capacity. To access this feature, select Payment Channels from the settings menu.

The next important point is when to register a channel in the Bitcoin Lightning Network. It is recommended that you deposit the Phoenix wallet only once on the first day after creation, because due to the time required to register and recognize the channel, if a second transaction is performed, the software will create a new channel and gets paid for it.

At Adaas Capital, we hope that by reading this article you will be fully immersed in What Is A Bitcoin ETF and what are the risks and benefits. You can help us improve by sharing this article which is published in Adaas Investment Magazine and help optimize this article by submitting your comments.

What Is Bitcoin Lightning Network?

How Does Bitcoin Lightning Work?

In layer two solutions for blockchains, transactions are processed outside the main network and then entered into the main blockchain for registration and approval.