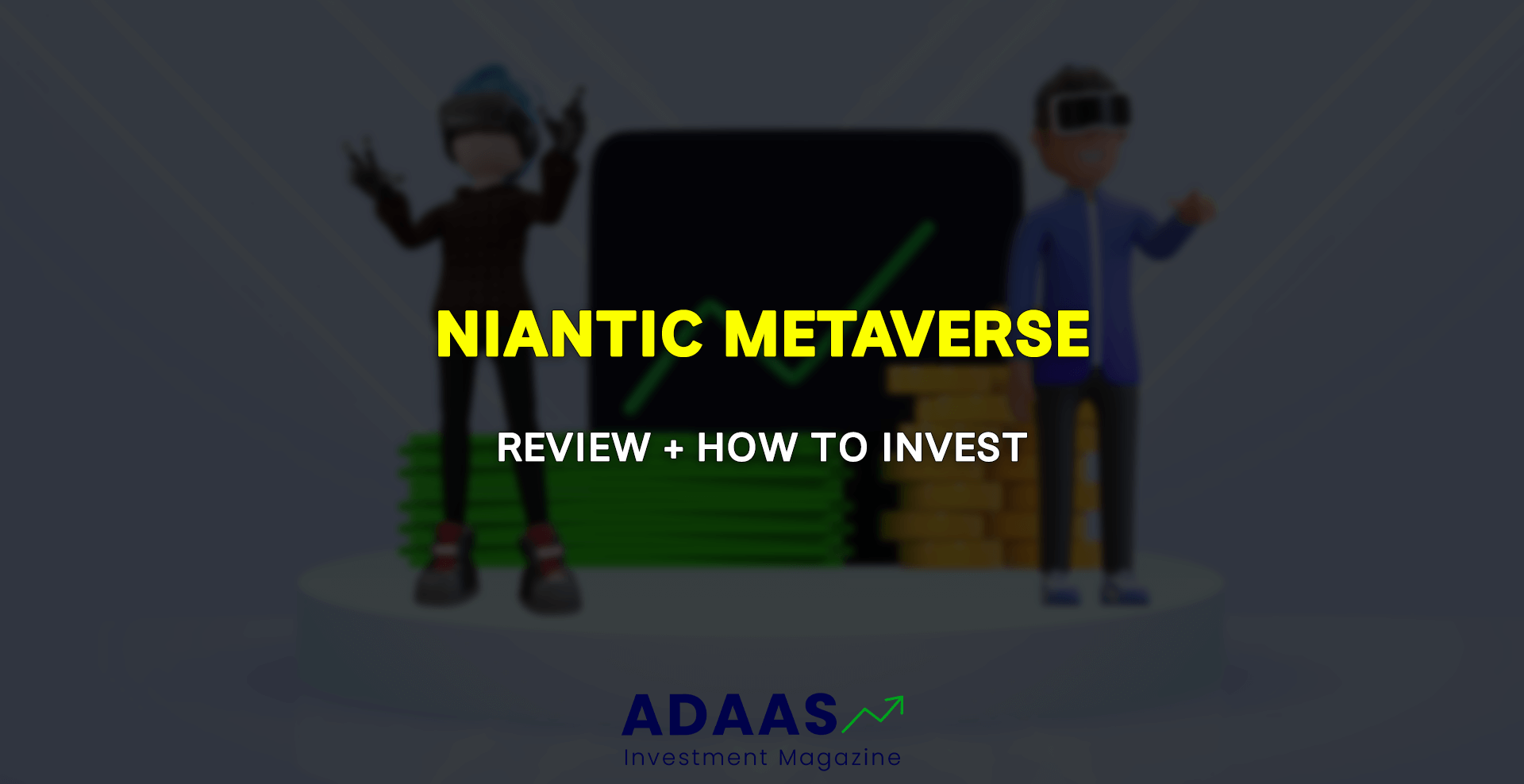 By reading the article “How to Invest in Niantic Metaverse?” published in Adaas Investment Magazine, you will get acquainted with the Niantic company and the investment in the metaverse industry from their point of view in general. This level of familiarity can be enough when you need educational information about this topic.

The year 2022 has been the beginning of the epidemic wave for the introduction of Metaverse technology. Metaverse, which promises a leap forward in all aspects of human life, has become the center of attention of the general public in addition to investors and financial market traders.

The Niantic company, which is one of the leaders in the development of new technologies such as augmented reality and virtual reality, has had successful activities in the field of investing in these platforms. In the following, we have reviewed Niantic’s investment in Metaverse and how to invest in Niantic’s Metaverse. 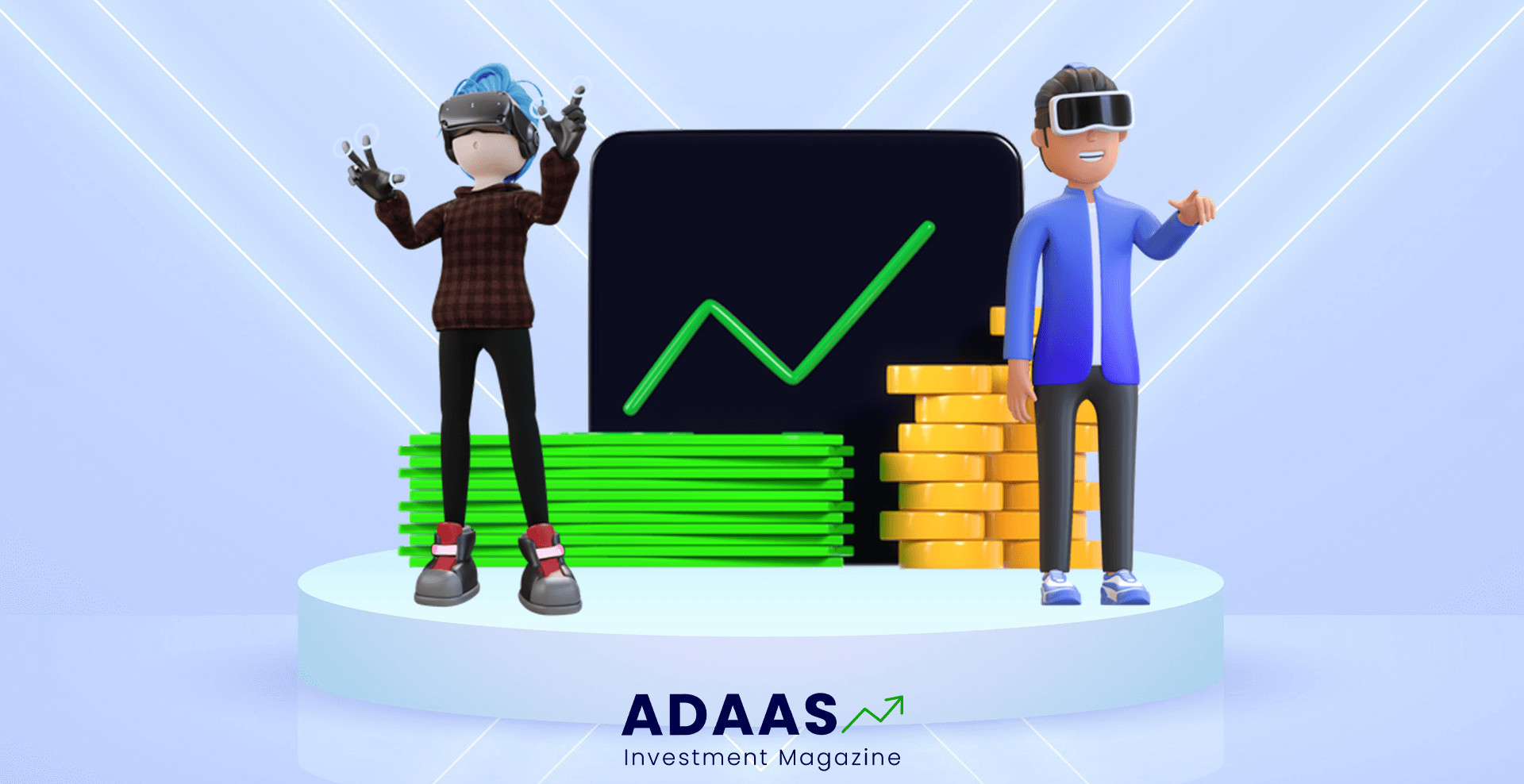 Niantic was born in the Google company and in 2015, at the same time as the architectural reconstruction of the companies under the Google group, this company officially started its independent activities under the name of Niantic Inc.

The business processes of this gaming company are led by Mr. John Hanke, who was a former member of the Google Maps software development team and made the most of his valuable experience in the development of Niantic products.

Niantic has achieved great success in the mobile gaming industry. This company, which has always been a leader in the development of new technologies such as augmented reality, uses them in its products and has been able to gain high popularity among users by correctly implementing these features. One of the most successful products of this company is the game Pokemon Go, which has been a very successful example of the implementation of augmented reality technology in the game industry.

Also, other successful products of Niantic gaming company are Ingress and Field Trip, each of which offers unique features and facilities to its users.

Niantic’s investment in the Metaverse industry

The development activities of Metaverse worlds have become one of the most important news for all users. An industry in which very large companies such as Facebook or Apple, as well as smaller companies such as Shiba cryptocurrency, are developing their products.

Since Niantic has a brilliant history in the development and use of new technologies, attention is always drawn to Niantic’s activities and its investments in Metaverse. The point that should be noted is that this company, unlike its other competitors such as Facebook or Microsoft, is not interested in virtual reality headsets and environments and has focused on augmented reality technology.

It is better to review the two concepts of virtual reality and augmented reality together to better understand their differences.

What is virtual reality? (VR)

For an experience very close to real life but in virtual environments, virtual reality technology and its tools have been developed. The technology provides a virtual and 3D world with a 360-degree viewing angle and is used in large industries such as movies and video games.

Successful products such as Horizon Worlds have been developed by large companies that require the use of special virtual reality glasses such as META QUEST 2 to access the 3D environment.

Simply put, a 3D digital environment that is very close to reality and allows user interaction together is introduced as virtual reality technology.

What is augmented reality? (AR)

Imagine buying special glasses whose map software displays arrows on the ground while driving so that you can navigate without looking at your mobile screen. This is an example of the implementation of augmented reality technology.

Augmented reality also requires special tools for users to use it. But it is predicted that in the not too distant future, users will be able to use augmented reality technology without the need for special wearable devices.

In simple words, the integration of the features of virtual worlds with the real life of people in order to facilitate processes is called augmented reality technology.

Now that you are fully familiar with the differences between these two technologies, you can understand much more easily the desire of Niantic to invest in augmented reality technology.

The CEO of this company considers Metaverse technology based on virtual reality as a reason to promote isolation and believes that these headsets cannot become an integral part of human life. So they are inclined to invest their resources in the development and use of augmented reality technology so that their products, like Internet technology, can achieve great influence in people’s lives.

Invest in the Niantic Metaverse

Niantic’s Metaverse project has started its activity with a capital of 300 million dollars. In order to evolve the Internet industry, this company has started a project to develop Metaverse in the real world. This means creating a world full of augmented reality technology.

The Pokemon Go game, which is one of the most famous and successful augmented reality technology implementation projects, has released a new version that integrates with Microsoft’s HoloLens 2 product.

To invest in the Niantic Metaverse project, one must wait for the completion of this project. Thus, like other important projects developing the virtual reality market and Web 3.0, the method of attracting investors to them will be different.

At present, simultaneously with the development of these products, Niantic company has tried to attract capital from various methods, none of which are public investments. In this way, we have to wait to find out which type of public investment this company will take?

Does Niantic offer its shares on the stock market? Or are cryptocurrencies and NFT tokens the choice of this company to attract public capital from investors?

We assure you to update this article as soon as the best and safest way to invest in Niantic Metaverse is developed. But you should note that choosing an investment position is done only by you and in this article, we only published educational information, and under no circumstances will it be an investment offer.

At Adaas Capital, we hope that by reading this article you will be fully immersed in How to Invest in Niantic Metaverse. You can help us improve by sharing this post which is published in Adaas Investment Magazine and help optimize it by submitting your comments.

What is the Niantic Metaverse?

Niantic’s Metaverse project has started its activity with a capital of 300 million dollars. This company has started a project to develop Metaverse in the real world.

How to invest in Niantic Metaverse?

we have to wait to find out which type of public investment this company will take. Will they offer their shares on the stock market, or are cryptocurrencies and NFT tokens?